I just did it – I digitized the first Lombardi network. It is “Keeny Meeny Services, Saladin Holdings and their Security Systems, London c.1970-90” of which I found a high resolution image at http://socks-studio.com/2012/08/22/mark-lombardi/.

It took me about 33 minutes to note down the 31 relations contained as a SIF file with a text editor. To help me I loaded the image in a paint program and crossed out all relations and nodes already noted down. The SIF then was imported into Cytoscape. There, I played with the visual style a bit and generated this force-directed layout: 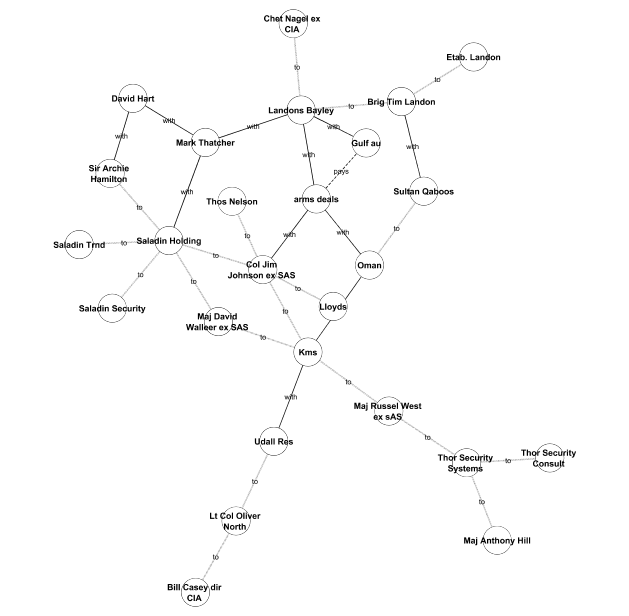 With  this, we can do a simple network analysis in Cytoscape, leading to:

With this first experiment, the following issues are open: